The following guests are scheduled to attend Readercon 32. 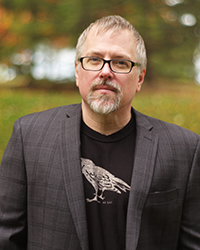 Called “the weird Thoreau” by The New Yorker, Jeff VanderMeer is the author of the NYT-bestselling Southern Reach trilogy, which has been translated into over 35 languages. The first novel, Annihilation, won the Nebula Award and Shirley Jackson Award, and was made into a movie by Paramount. Recent works include Hummingbird Salamander (a Shirley Jackson Award finalist) and A Peculiar Peril, in addition to Theo Ellsworth’s graphic novel adaptation of his short story Secret Life. Dead Astronauts, Borne (a finalist for the Arthur C. Clarke Award), and The Strange Bird, set in the Borne universe, are being developed for TV by AMC and continue to explore themes related to the environment, animals, and our future.  Over a 35-year career, VanderMeer has been a four-time World Fantasy Award winner and 20-time nominee. His nonfiction, usually on ecological issues, has appeared in the Los Angeles Times, the New York Times, Current Affairs, and The Nation. 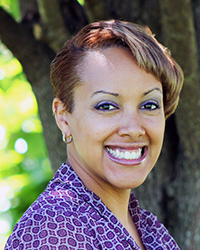 Justina Ireland is the New York Times bestselling author of numerous books, including Dread Nation, Deathless Divide, and the Scott O’Dell Award winning middle-grade, Ophie’s Ghosts. She is also the author of numerous Star Wars books and one of the story architects of Star Wars: The High Republic. Her most recent book, Rust in the Root, is now available. You can find her on Twitter as @justinaireland or on Instagram as @justina.ireland.

L. A. Banks (1959-2011) was the author of the Vampire Huntress Legend series and the Crimson Moon Novels, including Left for Undead and Never Cry Werewolf. She had a bachelor's degree from the University of Pennsylvania's Wharton School of Business and a master's in fine arts from Temple University. Banks considered herself a shape-shifter, writing romance, women's fiction, crime and suspense, and of course, dark vampire huntress lore. She lived with her daughter in Philadelphia until her death in 2011.